Wet Leg im Interview: “Whatever it is you want to do: You can do it!” 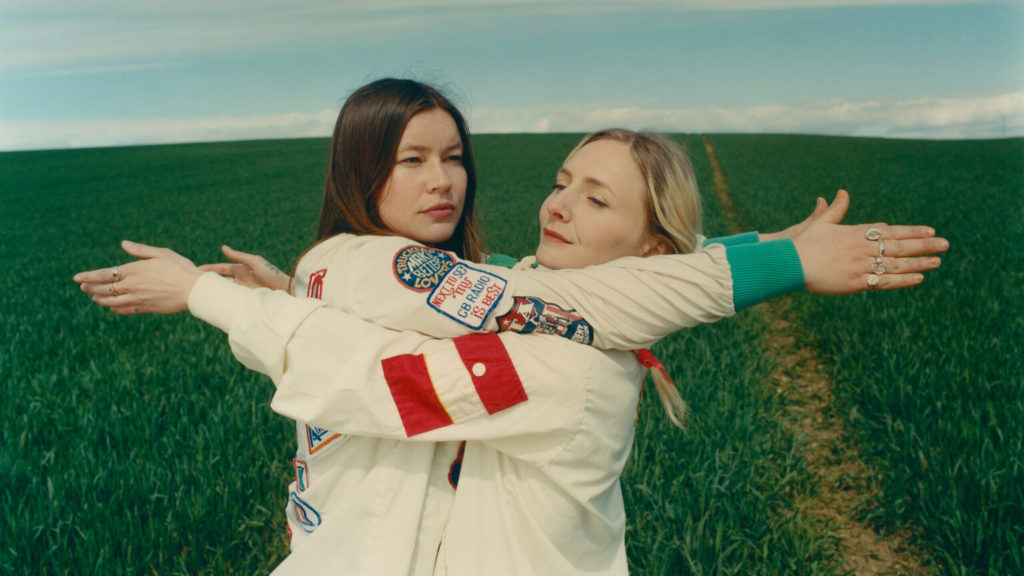 Sarah: First of all – thank you so much for taking the time! How are you doing?

Hester: I’m good, thank you! It’s just been a whirlwind of a week, we’ve been doing a press tour. So it’s all new and scary! (laughs)

Sarah: That sounds fun though! Now, I apologize in advance if people keep asking this question – but how did you come up with the name Wet Leg? I tried to find answers online, but all I know now are alternatives for the name you ended up with.

Hester: Oh, really? It was just one day that Rhian dropped her water bottle on the floor and it got on her leg, and she was like „WET LEG!!“. It was just a fun thing to say, and it just kinda stuck I think? We were looking for other names at the time so it was a relief to feel like „this is the one“.

Sarah: You’re releasing your debut album April 8th – let’s talk about that: How was the process of working on the album? Did you have a clear picture in mind or did you kind of just go along with whatever you came up with?

Hester: It wasn’t really planned at all, we went to the studio with our file of demos… I think usually there is an element of preparation, like knowing what songs you want to do, or knowing the arrangement, but none of that was really set in stone! So it was amazing to work with Dan Carey, because he was kind of like leading us and we were like „Yeah! That’s how the song is supposed to sound!“.

Sarah: In your interview with Alt Press you said you had finished the entire album before even dropping a single: Did that affect how you felt about releasing the first few songs? Like, do you think that it added some nervousness about how people would like them? Since the rest of ’em were already in the bag?

Hester: Yeah we were nervous, but also I think the fact that it was all recorded before Chaise Longue came out… it really meant that we could just not have any noise from the outside, kind of like expecting a certain sound. We feel really lucky that we got to do it this way round! I think the album would have inevitably sounded a lot different, had we released the first singles before we went in to recording. I think for us it feels a bit more pure…

Sarah: … just what you REALLY wanted your music to be like?

Hester: Exactly! Which is a really important thing for artists in general. It feels the most authentic that way I think.

Sarah: I don’t remember exactly how I found Chaise Longue all those months ago, but I immediately realised that your music scratches a very specific itch in my brain. Maybe it is the fact that you don’t take yourselves too seriously? I mean, I don’t know many songs about being in someone’s Wet Dream…. As for the album: do you have any topics that you found yourself writing about more often than others?

Hester: Well most of the songs are written by Rhian, so I can’t really speak too much on her behalf about it. I think a lot of people have been expecting a more positive sounding album but it actually is sprinkled with the sadness that we all feel. It’s a ying and a yang, a push and a pull. We write from our own life experiences, that’s just the good and the bad, happy and sad…

Sarah: Out of the songs you haven’t released yet – which one is your favourite and why? I think mine is Ur Mum.

Hester: Oh, that one is really cool! We love playing it live. My favourite is actually a song called Angelica, because it was written before we were signed and we had such a fun time recording it. And it’s another one that’s just so much fun to play live!

Sarah: What I’m also very curious about: can we expect another release before the album drops?

Hester: Yeah! Angelica is coming out in TWO WEEKS!! I don’t know if it’s announced yet but I’m telling everyone because I’m so excited!!! (laughs)

Sarah: You’ve already played shows opening for Declan McKenna and Inhaler, gave a performance on Saturday Night Live, and you’re gonna be at South By South West next month, which is IMPRESSIVE considering you only have four released songs right now …… Do you have a bucket list festival, or band you would like to tour with?

Hester: Well, we did get to support Idles, which was really wild for us because it was something we joked about since we started the band – so the fact that really happened is mind blowing. Also  End of the Road Festival, it’s our favourite festival that happens every year in Dorset in the UK. We’ve played there a couple of times before with previous projects, but it’s where Wet Leg was born, we’d just really like to …

Hester: Yeah! And just have a really cool weekend there. But right now there’s so much in our calendar that’s really overwhelming and we’re like „how has this happened??“

Sarah: You are one of our „Artists to Watch 2022“. Is there any artist or band that you want to recommend to our readers?

Hester: We saw some great bands last year at the festivals we went to. There’s a band called Honeyglaze, they are so good to watch live! Also Katy J Pearson, it just feels like she’s from another era. She writes these beautiful anthems. Those are two I’d say!

Sarah: Well thanks for your recommendation, I’ll make sure to check them out! Now, our last question is always asking for an untold story: Something you’ve never shared in an interview before but want to share now. That can be anything from a funny tour anecdote, a random fun fact or just something you really want to tell your German fans.

Hester: Whoever needs to hear it – if you want to do something but you’ve got no experience, give yourself the chance and try it. Because it would be like a gift to yourself. It may open up a whole new world! No matter how big or small it is, just lean into the fear and do it anyway! When lockdown happened, Rhian and I bought longboards, those longboards you see all over Instagram. We’d just go to the carparks on Isle of Wight and we would fall loads trying to learn these tricks and stuff, but it was so fun to try something we were scared of but wanted to do! I’m not saying this very eloquently, but I feel like ……..

Sarah: It’s a message from the heart?

Hester: Yeah! And it’s something I would have liked to hear earlier in my life, because it is really easy to let fear stop you from exploring things.

Sarah: Ugh, that kinda makes me want to start learning how to play guitar.

Sarah: I tried, so many times! But I just couldn’t get it right, and then my hand kept cramping. And I was like „I am NOT made for this.“

Hester: Honestly… Rhian had never played guitar before we started Wet Leg, which I find SO inspiring. Do you have any friends that play guitar?

Sarah: Yeah, I feel like half my friends are musicians. (laughs)

Hester: Cool!! Then you could just ask them to teach you a simple progression. But yes, you should definitely do it!! Also, to women and girls: there are so many amazing roles in the music industry, and it is definitely male dominated. We need equality! So whatever it is you want to do: You CAN do it! 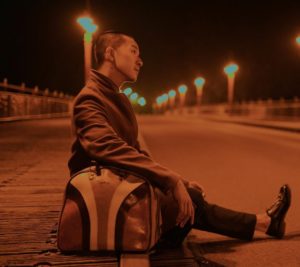 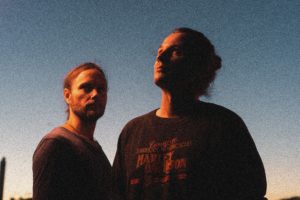 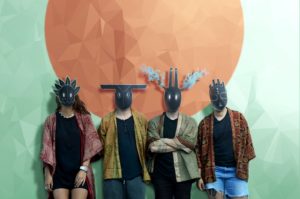 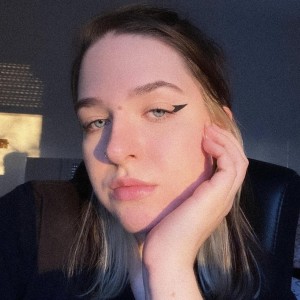