The Kooks im Interview: “We wanted to create something where you could hear the anatomy of the songs” 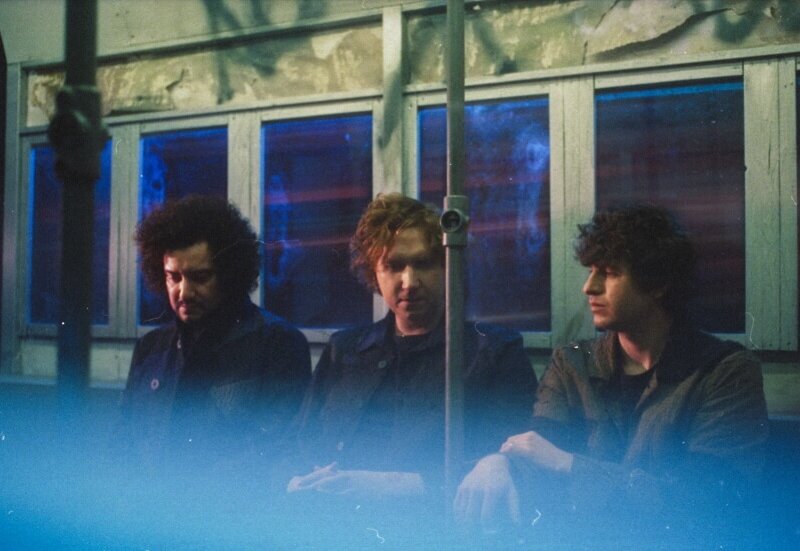 Lara: Hey! Im glad this worked out. How are you, shortly before the big albumrelease?

Hugh: Yeah, I’m doing good. Thank you. It is right before the album release, isn’t it? It’s a big step for us making it to this album as a band. Not many bands get the privilege to last to the seventh record. But, it’s getting on a bit. And I’m immensely excited and appreciative of the fact that we’re still going. I mean, it’s just great. We’re still playing music, you know, 15-20 years on? Like, what? That’s crazy.

Lara: As you said, your band have been a part of the music business for almost 20 years. How have the releases changed over time?  Are you still nervous after all this time?

Hugh: A good question. It’s totally different. It’s not a case of nervous or not nervous, it’s a case of back in the day. I’d say with our first album, you know, you’ve got nothing to lose. So there’s no nerves, it’s just whatever, who cares, just throw it out there, give it a go and see what happens. There’s no nerves, there’s no pressure. And the same with the second, because you’re just kind of fresh and young and excited and impressionable. And the nerves don’t really come into it. But you want to be received well.

And now, at this stage, we have a really great, amazing, wonderful fan base all over Europe. And that’s really important for us, so we have more experience with releasing records. So there’s a certain nervousness when it comes to inspiring our fans and creating something that they like. But that’s also part of our journey. And also, I mean, at this stage, if we had fallen from grace, if we had just blown up, for whatever reason, it would have been a great time, you know, it would have been a fucking great time. I mean, if the band died on this record, what we’re supposed to recover from, but in a way that also calms the nerves. So it’s a complex answer to a simple question. I’m sorry.

Lara: 10 tracks to echo in the dark is produced by Tobias Kuhn. How did you guys met each other?

Hugh: It was first a writing session with Luke and Tobias in Berlin. Then we, the band, joined in once. A few songs were kind of structurally born already. I remember the first time I worked with him. First of all, I got along really well with him. He’s a great producer to work with, he’s very receptive, he can see where you’re going with the idea, and he also shows you other doors. And that’s the sign of a really special producer, who can’t stop your progress with the idea you have in the studio, but also reminds you of the other ways.

And I remember after the first day of working with him in the studio, I was riding the bus. I don’t know why, I never ride the bus. But I got on the bus. And I thought in my head that this was a very special session. And I was also thinking that no one has ever called me Rainbow Fox before. So I was flattered and confused and puzzled. But he seemed to have a similar melodic mind to me and a similar attention to detail. He’s very detailed, and there are no frills.

Lara: Your song „Beautiful World“ features the band Milky Chance. How come you decide to do a song together?

Hugh: We have the same producer. I think we wanted to work with a contemporary band that we kind of related to and that was part of our group, and it was also a departure from the nineties when bands were pitted against each other and despised each other. It’s nice to work with a band that you respect and that’s in the same league. And that felt kind of fresh, it felt like a new thing. And also, they’re just great. They’re just nice people. They’re just great, great guys. And brilliant musicians, great songwriters. Yeah, why not?

Lara: How do you wanted to sound like on the new album?

Hugh: There were a few conversations about the sound. The main references were to keep things very simple and strong. We didn’t want to add too much, not too many layers, just strong melodies. And we talked a lot about 80s guitar pop music, which we’re all obsessed with. The Cure came up, Talking Heads. Van Halen at one point, so the reference points were kind of cheesy, but the fun kind of cheese, not the bad kind of stinky cheese.

We wanted to create something that was very strong. When I say strong, I mean what I mean. It’s very deconstructed and ergonomic, architecturally. Like a Bauhaus thing where you can see the inner workings of the song, the anatomy of the song. You can hear the synthesizer, you can hear the guitar, you can hear the beat, you can even hear the vocals, you can just see four elements, four or five elements that are really strong together. That’s really important, I think.

Lara: I have to admit that I am a really big fan of the very first sound of the album. It’s just a drum, but with such a beautiful sound that it triggers something positive in my head. I really don’t know exactly why, but it’s just great.

Hugh: I know exactly what you mean. That’s the nature of this rich kind of electronic sound.

So beautiful, so pleasing to the ear. And a lot of that is because of Craig Silvey, the mixer. He really gave the record a sonic identity. He really brought everything out. I don’t know what he has in his studio, but it’s damn good stuff. It’s creamy, analog, punchy, all kinds of stuff. I’m not an engineer. But yeah, he changed the direction of the whole record, sonically, because we wanted to go the indie route, but then we decided on kind of, I guess, like the identity of the record.

I think industrial is a good word to describe the sound. There’s something industrial about it. And that’s what I mean, I think that’s the influence of Berlin, like Bauhaus, coming through. Just very, very natural.

Lara: In the press text for the album it says that you have left your old demons behind. And I think you can hear that in the album as well. But can you say how you left them or how they left you? What has changed?

Hugh: Yes, I think a lot has changed in the band since we started. We work in a very different way. I think with the invention of the laptop. We used to sit in a room together and try 25 different arrangements for one song. And that could take all day. And then you have to decide, we have to try to vote on it. And then that takes another day. And then you change your mind and go back. And then you hear it in the studio and you think, oh, we should have done it differently.

But now you can just do it all on the computer. And I don’t know if we’ll ever – I’m sure purists will – but I don’t think we’ll ever record like that again. I mean, I’d love to, but I think that’s what we’ve given up on. I don’t think we’ve given up our stride or our ethos as an indie band. I think we’re more indie now than ever. Very independent, very self-sufficient. And we’re not mainstream, but we’re sort of on the cusp of it. We’re not alternative. But as I said, we’re kind of through and through. And that’s actually always been the case. But what’s different. Is there anything that we’ve thrown away?

I think it’s just evolved away from the difficult, tedious kind of recording that we used to do. But hey, people used to say that was negative. Maybe it’s better to record that way. Maybe we had more success that way. Maybe we should do it again. Maybe that’s why the first album was our best record. And we missed a trick. Fuck.

Lara: So the big project, the album, is done now. Are you glad that it’s done, or do you want to jump right into the next project? What are your plans for the near future?

Hugh: Oh, that’s right. I’m going to get a lot of plans. I guess the plan with The Kooks is to talk the album, learn how to play as a first step, and tour with it.

Then I’m going to write some kind of musical theater piece. That’s going well and I just tackled as many things as I could. I think we’re at a stage now where it’s totally doable to have all kinds of projects. It’s nice to be busy for the brain as well.
But yeah, for The Kooks, it’s about promoting hard, strong promotional tools and and just hoping that people receive the record.

Lara: Do you will have shows in Germany?

Hugh: Yeah, we’re coming to Germany in February next year. We’ve got a European tour. I think everywhere like Frankfurt, Berlin, Hamburg. Everywhere. You should come!

Lara: Oh yes, probably! At the end of each interview we asked the artists for an untold story, something they’ve never told in an interview before. It can be something funny, an anecdote, for example, something that happened during the making of the album, or just anything that’s on your mind that you want to share with the world.

Hugh: This is something like a therapy session. Actually, the mind is very empty. Most of the time it needs some stimulation from a word or a conversation. But I can tell you something about the process of making the album, if that’s okay. Because that’s still fresh in my mind.

So there’s one song that didn’t make it onto our record. And it’s a beautiful song. I really love it. But nobody else liked it. So it didn’t make the record. And I especially loved it because it basically has the most awkward solo in the world. And it made me tap my fingers on my guitar. But the reason I started finger tapping is because it was recorded the day Van Halen died. And so it’s kind of a tribute to him. And I really hope we get that song out on a bonus CD or something, because it means a lot to me. It’s not really an anecdote. It’s just a piece of information. 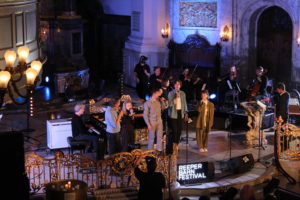 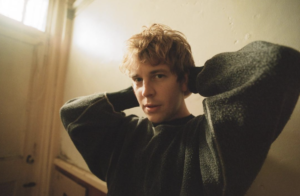 not a broken record: Tom Odell und “Another Love” 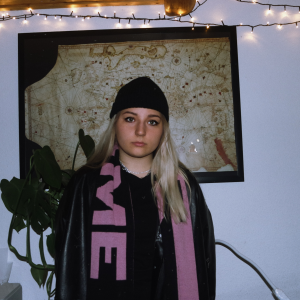