OSKA und Stu Larsen im Interview: “Feeling the connection with the crowd is the best thing in the world.” 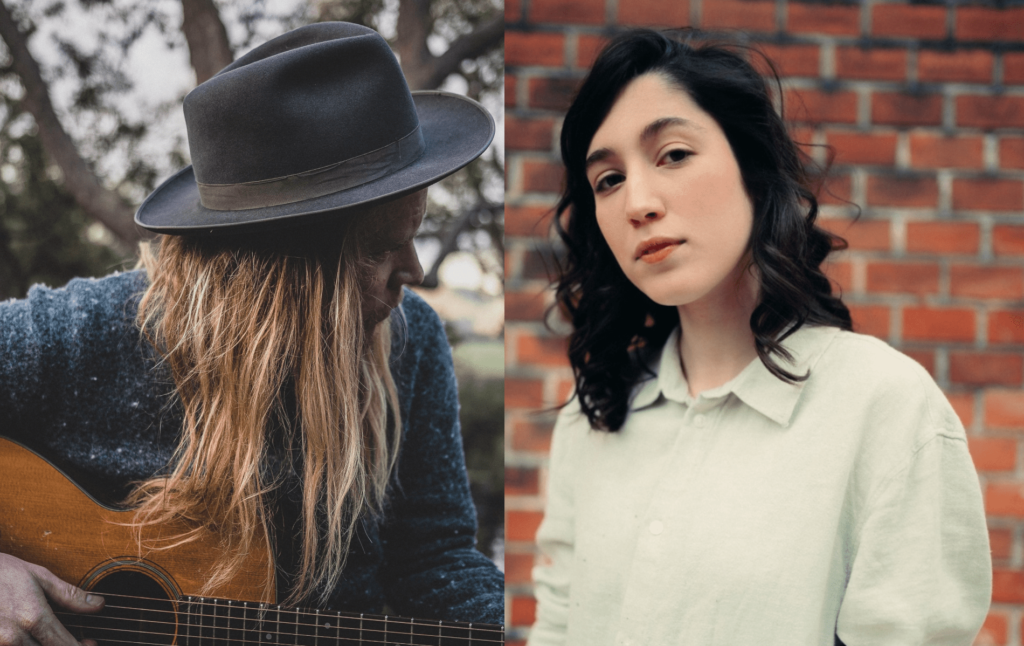 Dascha: Hey, how are you doing at the moment?

Stu Larsen: We’re real good! We played to a wonderful crowd last night in Hamburg and we now have an unexpected day off due to one of the shows being cancelled. I’m catching up on a few things and OSKA has disappeared to the sea for the day, I don’t think she gets to do that so often living in Vienna.

OSKA: I‘m answering these questions one day after our day off, getting a bit emotional reading Stu‘s answers. I’m feeling very good after having been to the sea for a few hours yesterday. But now I‘m excited for the show tonight in Essen. You really miss playing once you get used to doing it every day. The day off was lovely but also felt a bit odd.

Dascha: How does it feel to be on tour now? What is your favorite thing about playing live?

Stu Larsen: I cannot tell you how amazing it is for me to be on tour again, it’s really been a long time since a proper tour. I love being on the road and hanging out with different people in different cities along the way. There is nothing like playing live, feeling the connection with the crowd at each show is the best thing in the world. Something special happens when a bunch of people come together for the same reason and are all embracing the moment together.

OSKA: It‘s my first tour so I have nothing to compare the experience to but I‘m still aware of how special it all is. My bandmates are my friends, Stu is my friend – we‘re constantly meeting lovely people (potential new friends) while doing what we all love so much. I‘m just trying to take everything in, time tends to slip away when you’re out of your comfort zone. I’m constantly pushing myself and learning a lot from my more tour-experienced bandmates and especially learning a lot from Stu. He‘s really good at touring and I‘m not even talking about the music part. He‘s incredibly kind to everyone and you can always count on his help and support. He’s definitely the person I want to become on tour and I’m really grateful to have the chance to watch him do his thing and learn from him.

Dascha: How did you two get to know each other?

Stu Larsen: We were first introduced to each other by Nettwerk and there was a suggestion that we could maybe try to record something together. OSKA and I got on the phone together and had the loveliest conversation, it was a good vibe for both of us…I hope…? And a week later I took a pretty big detour to Vienna to hang out for 24 hours and see what might happen. It was magical, that one day in Vienna. It quickly felt like we had been friends forever.

OSKA: What Stu said. And yes, there definitely was a good vibe from the start. Though Stu told me later that he thought I didn‘t like him after that first phone call. I tried to play it cool. Apparently I played it a bit too cool.

Dascha: If you had to describe each other in three words, what would that be?

Stu Larsen: OSKA is hilarious, connected and soon-to-be-very-famous. That counts as only three words right?

Stu Larsen: I adored OSKA’s music from the moment I heard it. The songs are so thoughtfully written both lyrically and melodically and then you add in all the production elements in the studio and it’s perfect. She knows how to write these beautifully catchy songs and I can’t wait to hear more and more in the coming years.

OSKA: Haha, this is turning into a love letter to Stu. I love his music cause it reminds me of the music I grew up with. Great story telling delivered by a beautiful voice. He’s sometimes stealing my band to play with him on tour but he honestly doesn’t need much to accompany him. He carries it all so well cause he IS his music (if that makes sense) His music is personal and his heart is in every song. That‘s probably what I like most about it.

Dascha: What are your favorite instruments and why?

Stu Larsen: To play, guitar for sure. But I think my favourite instrument to listen to is the cello. I always dreamed that I would fall in love with a cellist and travel around playing music together. Another favourite is the harmonica, especially when it’s being played by Natsuki Kurai.

OSKA: I love the sound of a well played violin. I played the violin for five years and I never got it to sound good. It‘s such a hard instrument to play. But when it‘s played well, it‘s probably my favorite. I personally love playing guitar. It‘s way easier and I like how it helps me to carry my stories.

Dascha: What gives you strength during hard times? Except for music.

Stu Larsen: Disconnecting from the world, closing the laptop, turning the phone off and disappearing into the wilderness. I want to do more of this all the time.

OSKA: Family, going home, talking to a friend and going for walks.

Dascha: What places, where you haven’t been yet, would you like to travel to?

Stu Larsen: Over the last decade or so I think I have been to 54 countries, so I have been super lucky to go to a lot of places that I only ever dreamed that I would get to visit. Faroe Islands are high on my list and Alaska too, someday I’ll get there.

OSKA: I probably just want to see as much as I can. I don‘t really have a specific place I wanna go to. But I‘d like to also live somewhere else at some point. Even if it‘s just for six months or so.

Dascha: What is something music-related that you would definitely like to do in the future? Any special dreams or goals?

Stu Larsen: It’s so interesting to answer this question from two different stages in life! OSKA is just at the beginning and everything is still in front of her and I am sure there will be some incredible moments in the next months/years. For me, I never had any dreams or goals, other than making enough money to get to the next place. I’ve been so lucky to travel and play shows to crowds all around the world and have done so much more than I ever thought I would. I honestly never thought I would leave Australia when I was younger. My manager probably won’t like this answer haha but I never really have goals/dreams and I am so happy to just embrace everything that comes along.

OSKA: I do see myself being on the road, on stage, writing and recording music. There‘s also something more specific I have in mind for maybe the third album. My dad lives on a small island in Greece. I only get to spend a few weeks there per year. But I‘d love to live there for a while. Invite some friends; write songs and record live sessions at some of my favorite places there. The island feels like a big part of me I haven’t fully embraced in my music yet.

Dascha: At the end we always ask for an “untold story”. Like a little secret or fun fact you haven’t really told in public yet. Is there anything each of you would like to share?

Stu Larsen: I almost died in the jaws of a black jaguar while someone pointed a gun at me in Mexico back in 2013 on tour with Passenger. PS.: I think OSKA is one of the coolest and most loveliest people on the entire planet and I want the whole world to fall in love with her and her music. 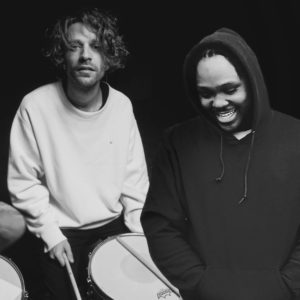 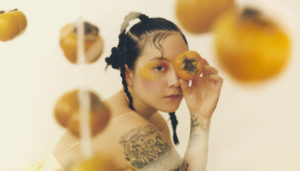 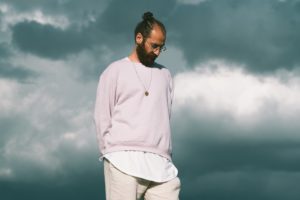 Yousef Kekhia im Interview: »For me, it always felt normal that I see myself as a feminist.« 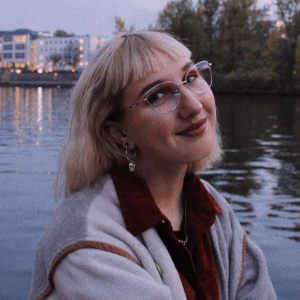