Nathan Ball im Interview: »The record is almost a love letter to this place.« 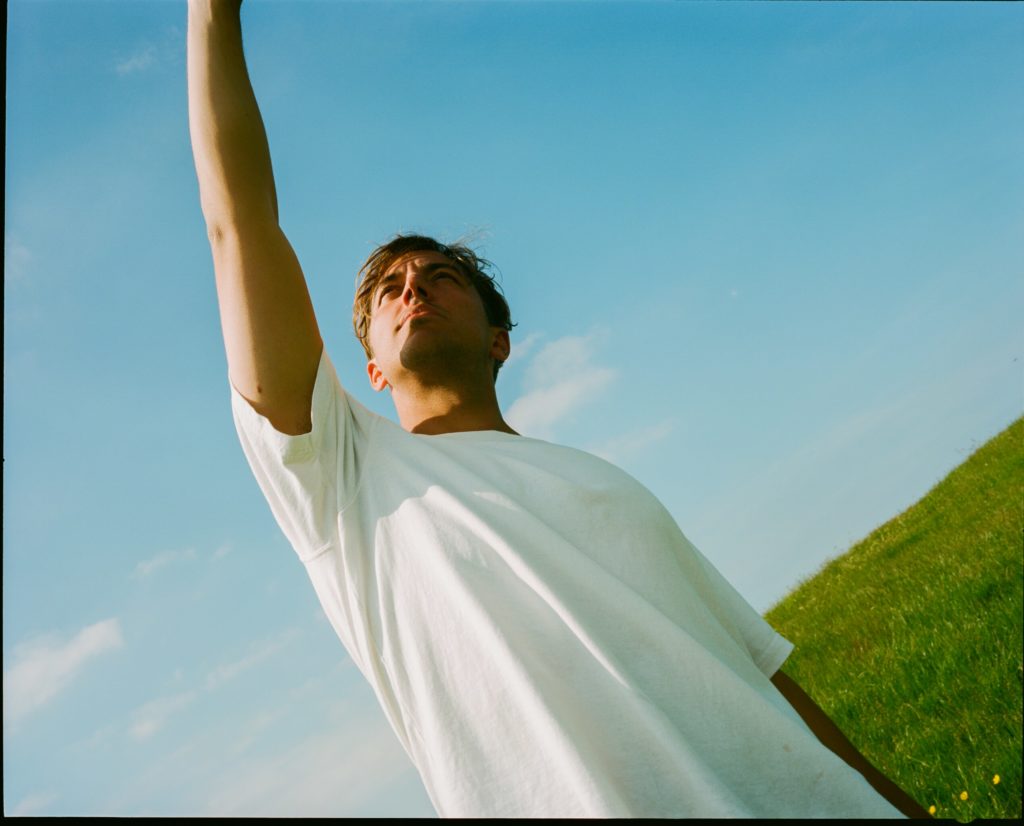 Anna:  Hey Nathan! As someone who listens to your music for a while now, can I say, that I’m glad you finally came around to releasing your debut album? I can only imagine what big of a deal it must be for you. From 1 to 10, how excited are you?

Nathan: Hey Anna, a pleasure to meet you! Ha yeh, it’s been a pretty long wait. I think about 7 years in the making, so I’m really excited to get it out into the world. I’d say I’m a solid 9 on the excitement levels… got to leave 1 just in case!

Anna: I first discovered you with your single Howling (2015), that I just now realised was your first official single ever. How would you describe your own musical path from then to now?

Nathan: Ah yeh, you’ve been here since the beginning, thanks so much! It’s been quite the journey, I guess I was always just keen to grow things organically. I just released a load of singles and focused on touring a lot, which was always the fun part for me: travelling the world playing music. It had never really felt like the right time to release a debut album until now. I was still trying to perfect the sound I’d been chasing throughout those singles and have finally got there on this record so I can’t wait for everyone to hear it.

“The thought of not seeing the sea every day would kill me.”

Anna: Last year, you moved out of the city and to the coast. What led to that decision to leave your hometown?

Nathan: Yeh it’s been a long time coming really. I’ve been on and off living by the coast for a while. Forever thought it wasn’t possible to be in the music industry without living in London. I was touring so much, so it was a hell of a lot easier living in the city with all the airports and trains. But I guess when all that got put on hold, touring was no longer a thing and everyone got on board with zoom meetings rather than in person, it became a lot easier to live down by the sea. I now can’t imagine being anywhere else, and the thought of not seeing the sea every day would kill me.

Anna: In how far did moving to Cornwall influence the tracks on the album? Do you think they would have sounded differently if you would have stayed and recorded in London? 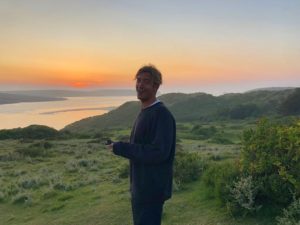 Nathan: Cornwall had such a huge impact on this record, I kind of think it’s almost a love letter to this place in a way. The album title was totally inspired by the skies down here, and whenever I listen back to the record it makes me think of those glorious summer evening drives home from the studio with the sun low in the sky, and those mornings surfing before we got going with the recording. It was such a special time and I feel so lucky to have this record as such an amazing reminder of it. There’s no way the album would sound anything like it does now if we were making it in London. I think Max and I were feeling so high on life down here that it was impossible for it not to have such a huge impact on the sound of the record.

“It seems to be a bit of an emotional rollercoaster.”

Anna: So let’s talk about your debut album. Could you make up the top 3 that every new fan should listen to? “The Top 3 Songs to fall in love with Nathan Balls debut album” – something like that.

Nathan: Good question, I change my mind all the time. If I had to pick 3, I’d probably say My Answer, Hotel Room and Can’t Work You Out. Maybe Under the Mackerel Sky and Falling Short while you’re there too!

Anna: Blindside was the first single kicking off this album. What is so special about this song that made it perfect as the first release of Under The Mackerel Sky?

Nathan: I think it was the first moment we’d fully captured that sound we’d been chasing for a while. I’d always dreamt of this epic, hectic kind of sound with nods to electronic music which also tugged on the heartstrings. It clicked on Blindside. I think it became the epitome of the sound we were looking to create throughout the record. I think it also gives a great intro into what can be expected from the rest of it.

Anna: Under The Mackerel Sky combines sad and uplifting songs, it both seems chaotic and emotional. What were the topics that you were processing in this album?

Nathan: Yeh it seems to be a bit of an emotional rollercoaster really, but that’s what I always set out to create with this record. I often talk about my love for house music. How DJ’s take you on a bit of a journey through the night with euphoric and then more pensive more melancholic moments. And that’s what I wanted to bring to this album. There are a few themes that seem to run through the record. For some reason loneliness appears to be one of those threads, because I found it so fascinating. I was touring the world playing to hundreds or thousands of people each night, but then I was just back on my own on a flight or a train the next day and trying to process that mad juxtaposition between the show and that moment where you’re on your own.

“It still gives me goosebumps just thinking about it.”

Anna: Can you pinpoint the album process to three key moments you had? 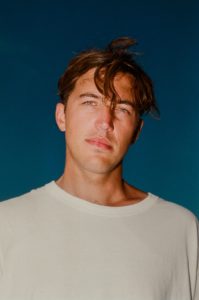 Nathan: I’ll give it a go! Firstly, reading the line ‘Under the Mackerel Sky’ in a poem, and suddenly feeling everything click into place. I knew immediately that had to be the title of the record and it gave a real concept to the whole album.

Secondly, I think writing that song Under the Mackerel Sky. I wrote the song that day I read the line in the poem and took it down to where the writer of that poem is buried and listened to it on repeat about 20 times, sitting on this bench overlooking his grave and the sea in the background. That was such a special moment and still gives me goosebumps just thinking about it.

Thirdly, I think the farmhouse we recorded in was such a key part in the album. It’s this beautiful old Cornish farmhouse that’s kind of falling down, but the landlords very kindly let us build our studio up in the attic, and we’d open the skylights that looked out over these rolling Cornish fields and you could see the sea which just made it so special. I think the record would have sounded very different if we weren’t in that space.

“Germany is always a favourite one for me.”

Anna: May seem like a standard question, but it’s sincere: What music did influence you when writing this record?

Nathan: I was listening to a lot of Kurt Vile at the time, and the War on Drugs as always. I love how they can create these insanely hypnotic and atmospheric songs that just take you on a total journey. I was listening to a lot of Courtney Barnett and Sharon Van Etten too, I got slightly hooked on those two on my Aussie tour. Also to a lot of house music… Jeremy Olander, Jon Hopkins, Ame, that kind of stuff. I think somewhere where those two worlds meet is where this record sits for me.

Anna: Something I also don’t want to ignore: You’re playing this record live! In Germany, too! What are you most excited about when you think about touring again?

Nathan: Yeh we can’t wait to get back on the road and play these new songs. Germany is always a favourite one for me too. The crowds are always so special and I can’t wait to feel that connection with the audience too. I think also just being in cool new cities we’ve never been to every night, meeting new people and drinking the finest beers is as good as it gets.

Anna: And last but not least, the question asking for your very own untold story: Something you haven’t shared in an interview before but always wanted to:

Nathan: Umm good question. There’s a sound at the beginning of the song Under the Mackerel Sky which is me dropping my pen onto my mug that I had a cup of tea in. My vocals were going through a guitar amp with some delay pedals at the time and it made a pretty cool sound so we left it in there. Fun fact for the day! 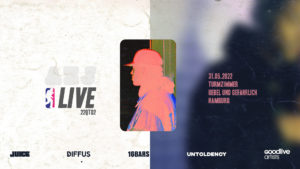 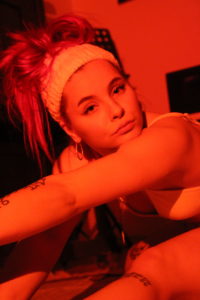 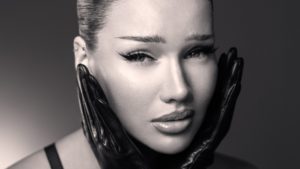