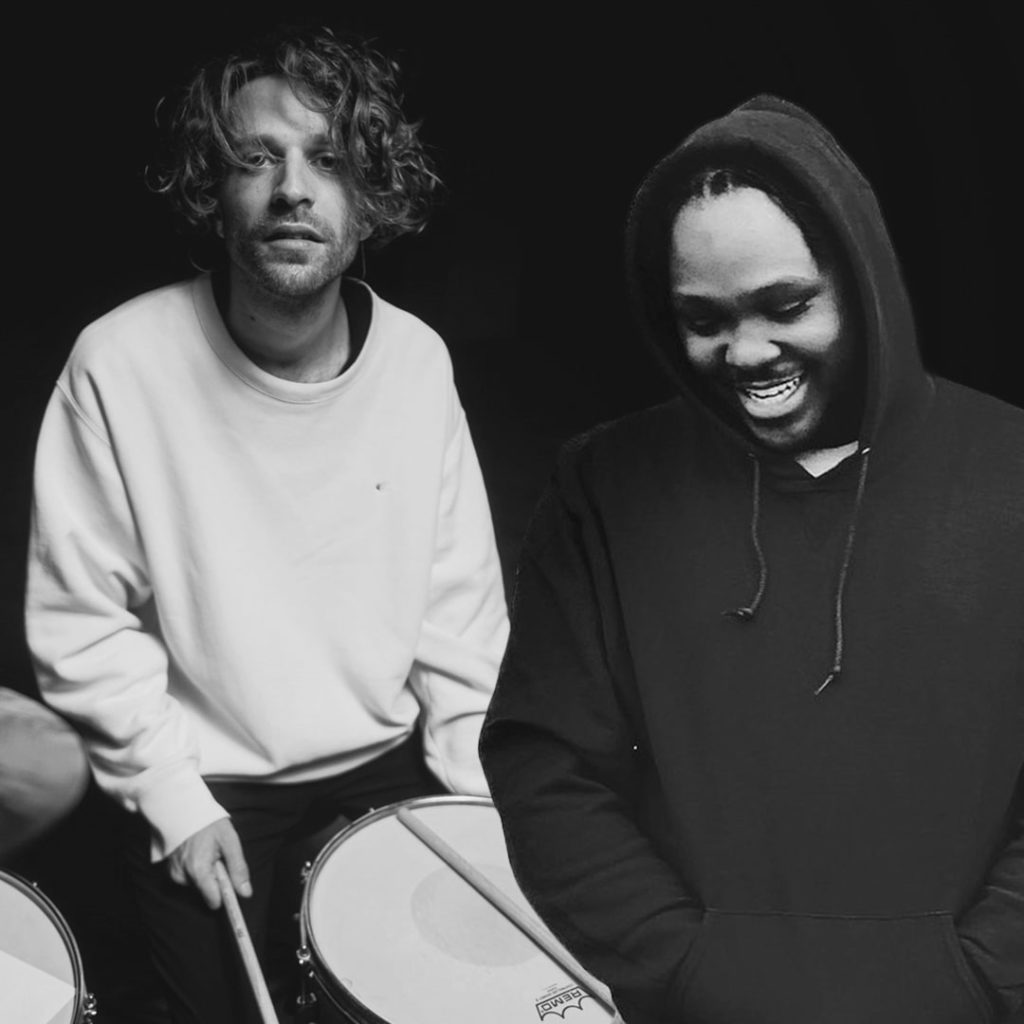 Anna: Hey! I’m really happy to catch you guys! How are you, how’s February treating you?

Michi: It was really snowy a few weeks ago here too, but getting warmer now. We just finished shooting a video for Blackout Problems and I’m excited for our project to be released. So yeah, exciting times!

Anna: To get right into that project: you two have a collab EP coming out in March. What can you tell us about that? What’s the message behind “Speaking into Existence”?

Michi: What’s the message behind it… Mainly, it’s to show that you can work together, build up chemistry and do positive stuff together even if you aren’t in the same country. Music is such a powerful tool to unite people. To me, having the songs ready to come out is already one of the biggest successes I have, as a musician. Just to see it happen and develop… that’s the message, that you can make anything happen. That’s where the speaking into existence comes from.

Calvin: Right! We were just having like a simple conversation. I think it’s all about, speaking like positivity, affirmation into existence and that’s all that was. And along came the EP, starting with The Water. That was just a single, we thought that would have been it. But yknow, seeing the good response that we got, we just kept going.

Anna: I’m glad you did! So how did you two meet in the first place? How did this project start?

Calvin: I’d say about 4-5 years ago, I started learning how to mix and master. So I started to record my own music and after that I put the mixtape on YouTube, it was called Seven Seven. Not knowing how to get proper promotion, I used a clickbait-method. So I uploaded the mixtape as a Kendrick Lamar EP.

Calvin: Right?! (laughs) It hit about 40-80Tsd views and a lot of comments, so I think that’s where Michael also came across it. So he hit me up on Instagram and was like “yo, I came across your music, I think you’re dope, we should do some work”. And he did a video where he was jamming out to one of the songs and I was like “woah, that was mindblowing, it reached out all the over there”. That was just crazy. And then we were just talking about collabing and came forward now, three years later.

“The process was nothing I’ve ever experienced before.”

Anna: What was the process behind the EP? Did you have a solid idea that started it or did you just went with it to see where it goes?

Calvin: That was shortly after the incident with George Floyd happened. Michael reached out and he was like “I want to lift your message on my platform”. And yknow he sent the beat over and I just kinda took it where I wanted to take it. Spoke on things that I had experienced cause I have a cousin who was killed by the police. So I was just speaking on all of that. And then, sending me the song back, it didn’t sound nothing like what I sent to him, he made a whole song out of it. The process was just different, I’ve never seen or heard anything like it.

Michi: The process was nothing I’ve ever experienced before, either. Pretty much how all the songs came together was me creating like a basic vibe. I had a lot of drum loops and beats laying around, on my hard drive or in my mind, and I just put them down and tried to create a musical frame for Calvin. I sent it to him, he sent me back the vocals, I took that to Mario (lead singer of Blackout Problems) and we started producing. I’ve never done it like that before and really enjoyed the process of this EP. I’ve tried to mix in hip hop influenced drums with other projects I’m evolved in but never had the chance to go down that hip hop road completely. I had a lot of fun doing that and it is just something I wanted to do for years.

To me, it’s crazy to think that it all worked out. And it makes so much sense in my mind, like all the songs and the skits, the whole EP just tells the story of how it came together. All of our conversations are on Instagram (laughs). So I was going through like pages of texts and voicemails. Very cool process.

Anna: Did you face any obstacles or struggles during this process?

Calvin: Surprisingly, I feel like it worked out smoothly on my end. I mean, I don’t know what you guys do over there in the studio (laughs), but I feel like it was the smoothest project I’ve ever done. Yknow, I’m used to mixing now and doing my own vocals in a certain way. So sending it to guys and seeing what you do with it, I’m just surprised at this point to see what happens. Because the songs never come back the same.

Michi: Yeah. I don’t see any obstacles. It was hard at times to finish stuff because we had a lot of other stuff going on, but other than that it was just a fun process. It never felt like work or anything, just like a passion project all the way through.

“There’s a lot of talent here but not a lot of support.”

Anna: Calvin, you’ve been releasing music for some time now, too. How did you get into making music? What influences shaped you and your style of music?

Calvin: I mean I got influences like Jay-Z, Tupac, Kayne, Lil Wayne. But I think what started it all was me being a kid and having a journal. Just not being always able to express myself vocally, to process things I used to write them down. And that became poetry afterwards. And then it became me writing raps and things like that, trying to turn it into music. I’d say I was about 14 when I did my start like talent show. And after that I was like wow, I’ve never experienced anything like that before. So I wanted to keep chasing that feeling. I just kept trying to make music, yknow, collabing with other people, things like that.

Anna: You’re from Columbus, Ohio – how’s the music scene over there?

Calvin: (laughs) Music scene here is… not very supporting. I would say there’s a lot of talent here but there’s not a lot of support. People don’t really check for it. And if people do have something going on, it’s like others around won’t support it. It’s like some kind of race here, yknow what I mean? Everyone wants to be the first one, so they don’t want to get involved with other people, they want to keep to themselves. That’s what we do. It’s a crazy rap race going on here and we’re just dealing with it (laughs).

Anna: But you’ve got something special with that EP.

Calvin: Yeah! And that’s because of the beautiful internet, yknow. We’ve been able to make these things happen. I’m excited to see where it goes.

Okay, so that about Columbus. That’s only Columbus. But you’re part of like Cleveland, like there’s a lot of artists who come from Cleveland. Kid Cudi, MGK (Machine Gun Kelly). So I mean like it can happen! It’s got something going on here.

“I developed a love for hip hop”

Anna: Michi, like you said you had fun going down that hip hop road. How did you get into hip hop in the first place?

Michi: I grew up in a very small town in the Bavarian country side, so not lot of rap music there (laughs). But when I grew up, I first listened to mainly punk rock and then there came a time when 50 Cent was very popular. And what I noticed was that a lot of friends who used to listen to Rise Against and punk rock stuff stopped listening to it and started listening to 50 Cent. I did too, but also didn’t stop listening to punk rock so I always had both sides present. The Graduation album by Kayne was like the first real hip hop album that influenced me.

Michi: Being a drummer, it’s just interesting because the drums work so different from rock music. It’s challenging and you use the individual parts of a drum kit in such a different way. I think you don’t have to know every aspect of musical theory in order to make like a good hip hop beat or vibe happen. And I know very few things about musical theory so that’s why hip hop speaks to me (laughs). It has such a strong message and it’s so direct in the delivery of the message. Yeah, I just developed a love for hip hop.

Anna: Do you have future plans for this project?

Michi: We have some stuff laying around like there’s still one beat that we didn’t get to work on yet. I think I can speak for the both of us, we can only get better at doing this. We wanna keep working and see where it takes us. But there’s no plan of “we’re going to make an album in the next three months or so”. It’s just a vague idea of working together.

Anna: I assume that if there wasn’t a worldwide pandemic you’d also want to bring this project on stage.

Calvin: Absolutely! I thought we were gonna but at this point I really don’t know.

Michi: I stopped making plans. Like when it comes to playing live. It’s a big point on my bucket list for me to have Calvin here in Germany and play a few shows. It would be great. Just the two of us, the mic and the drums,

Calvin: Will be! It will be great.

Anna: We’re already at the last question which is an untold story you can share now. Anything that you haven’t told anyone in an interview before.

Michi: (thinks) Everything is pretty much out there concerning this project.

Anna: So you’re gonna leave me hanging on the last question?

Michi: I mean I have plenty of untold stories but I don’t know I should tell you these (laughs)

Anna: What’s your favorite song from the record then?

Michi: Mine is definitely Stay at the moment.

Calvin: My favorite one is Can Goods.

Michi: Oh yeah, here we go, untold story! Can Goods, yeah. That’s another thing that’s just crazy to me. We grew up so many miles apart from each other but we both played one video game. A lot. There are actual sounds from the Tony Hawk Pro Skater Game in that track. That’s maybe an untold story. The reference really is from us playing the game in our younger years (laughs).

Calvin: I used to vibe with that soundtrack, like it has the hip hop meets rock vibe – dope.

Michi: Crazy how far a video game can reach. But it’s one of the best video games ever.

Anna: I won’t argue with you there. 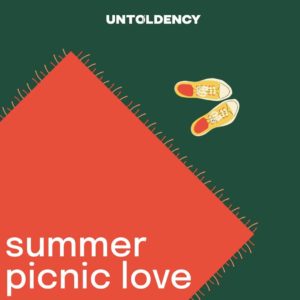 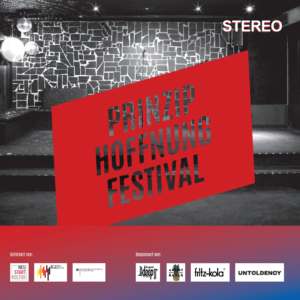 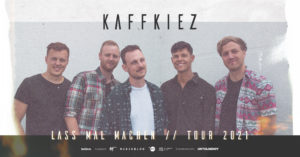