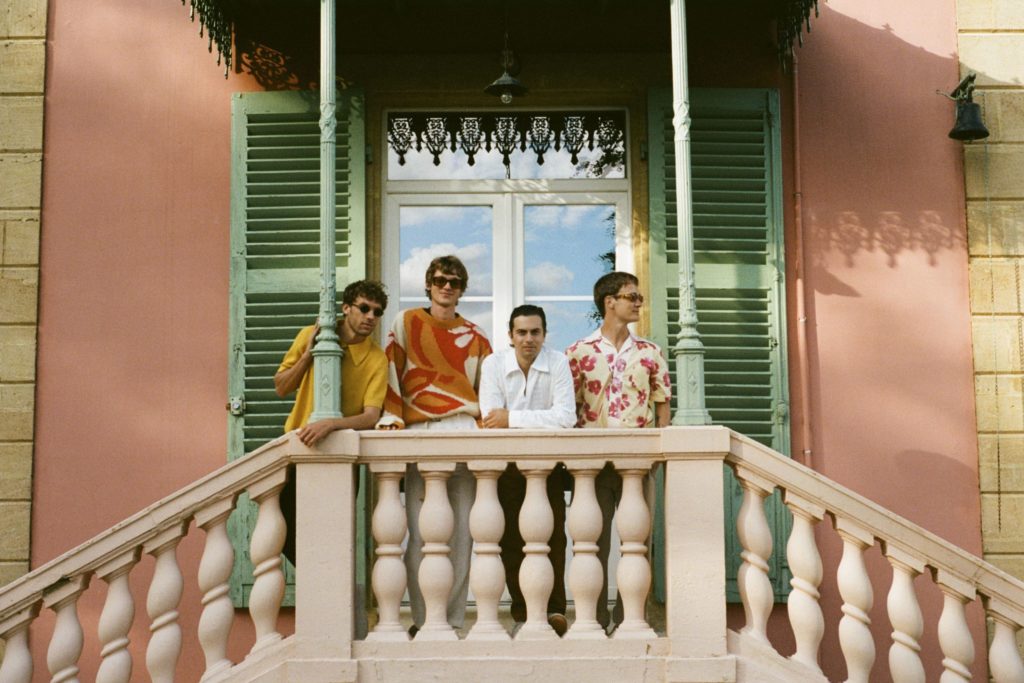 Anna: Hey, thanks for taking the time!  How are you, a few days before releasing your third studio record?

Jo: Thanks for having us! We’ve been anticipating this moment for quite some time. I’m feeling very excited to finally put this album out in the world.

Anna: To start with a confession: I deeply fell in love with your latest album “Can’t Buy the Mood” and been waiting for new music since. I didn’t have to wait too long, shortly after releasing Can’t Buy the Mood you went back into the studio to work on this record. Was that something you planned or something that just happened because, well, the pandemic happened?

Jo: Haha nice confession, I’m sure people have been guilty of worse things…We had intended to tour the world through 2020 with Can’t Buy The Mood, but of course things changed in a big way. The pandemic started just a couple of weeks after arriving in Amsterdam, where we have been based ever since. We were fortunate enough to find a studio, so we planted ourselves in there for at least 6 months and just poured our hearts out.

Anna: Did you have a clear picture in mind when you started working on this record? How was it different to the albums before?

Jo: This recording process was certainly different in the sense that we were essentially locked in a studio for an extended period of time with no distractions. Nothing to do but reflect, so we dove deep into ourselves and also thought a lot about the bigger picture. Before long we started to realise there was a narrative forming in the album that was very much relating to change, transformation, growth, acceptance, as we observed the shift of society into a new paradigm. So we chose the name A Force Majeure quite early on.

“We must strive to understand each other so that we can solve the larger issues together.”

Anna: Listenting to “Fire Apartment” the first mental picture that came into my mind was the “this is fine” meme. Am I totally off or does this song capture this “the world is burning” feeling?

Jo: You’re certainly not off! This is where we were coming from with ‘all the alarms are disarmed as the temperatures rise’. It’s not only in reference to climate change, but also the political climate which appears to be spiralling out of control in an ever more polarising fashion. We need unity not division, we all share more in common than our differences. We must strive to understand each other and the world around us so that we can solve the larger issues together.

Anna: What are others topics you worked through on this album?

Jo: Some of the songs were quite personal relating to things like love, heartbreak and internal reflection. But the ones that felt quite important were songs like ‘Put Down Your Phone’ and ‘In Deeper’ which shine light on the darkness of tech addiction. How it is impacting our relationships with the people around us, causing division between friends, families and lovers, making people feel numb and out of touch with their nature. Technology can bring prosperity and innovation is beautiful but let us not lose our humanity and our sanity along the way.

“Amsterdam is a place where thinking outside the box is encouraged.”

Anna: If you’d have to choose: What song from the album is your current fav? And why?

Jo: This question is very difficult, it’s a bit like asking a parent to chose which is their favourite child. The truth is we are proud of them all. Different ones bring the right feelings at different times, depending on the mood and the context. Right now I’m feeling ‘In Deeper’ as it feels most relevant to the times. It feels the most important right now.

Anna: Something I couldn’t miss noticing: you have a thing for aesthetic single covers and I love that. What is the story behind these different strokes on the covers for this album cycle?

Jo: Yes! So the album cover and the single covers were a combined effort between photographer Rein Kooyman and Jai Piccone. Jai is in the band, but also happens to be a graphic artist. When we were in France in September 2020 shooting the video for ‘Why Won’t You Wait’, Rein along with others built an art installation in the forrest where we did a photoshoot. Jai took those photos, printed them and painted over them by hand.

Anna: Since you already mentioned it: You’re now based in Amsterdam, but you all grew up in Australia, Bryon Bay. What are the things you miss the most? Do you regret it sometimes?

Jo: Yes true we are a long way from home. We miss the beach, the waves, the nature, the good weather. But there’s not a lot to regret right now as most of the country is in lockdown and they aren’t allowed outside. So we are happy to be here right now. Amsterdam is a beautiful city, the bike culture gives it a very social energy. It’s a hotspot for spontaneous interactions, diversity and liberty, a place where thinking outside the box is encouraged.

Anna: Also because I’m really into the Aussie music scene in general: What are your hot recs when it comes to Australian music we should definitely all check out?

Anna: Our last question is always asking for an untold story. That can be a funny tour anecdote, a random fact or just something you really want to tell your German fans.

Jo: One old story that comes to mind was when we were staying in a small German town called Michelstadt for a few months back in 2015 during our first EU tour. One day we had forgotten to buy groceries before leaving to play at Nürnberg Pop Festival. When we were driving back home deep through the forrest we remembered that on Sundays in Germany the shops are closed and we had no food. Luckily we stumbled across some wild berries and apples in the middle of nowhere. We stopped the van, got on each other shoulders and picked the fruit which we made into pies. Sometimes you have to just adapt to the situation, haha. 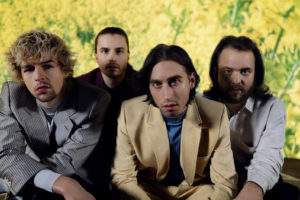 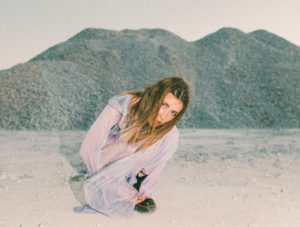