Jaguar Jonze im Interview: »I was suppressed for so long that once I stumbled across music and art, it all came spilling out.« 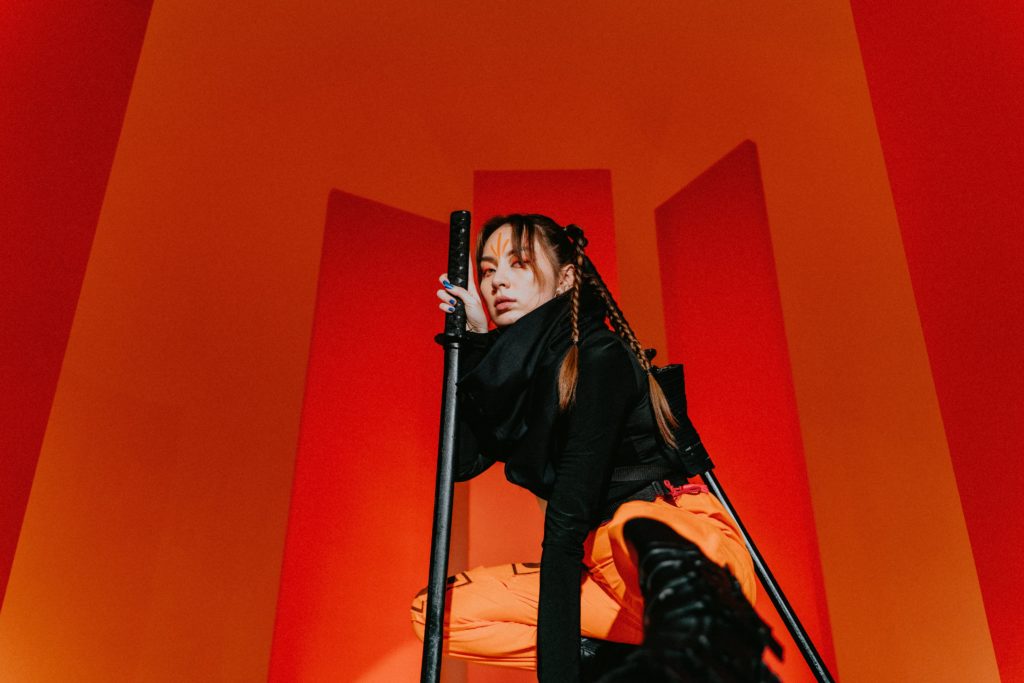 Anna:  Hey, Deena, thanks so much for taking the time. Since you’re literally from the other side of the world – do you want to introduce yourself and the music you’re making as Jaguar Jonze?

Jaguar Jonze: Hello Untoldency! I’m Jaguar Jonze, an indie pop musician from Brisbane, Australia. I also dabble in visual art as Spectator Jonze and photography as Dusky Jonze. The music I write and release under Jaguar Jonze explores my mental health, trauma, life experiences and shares them through a vessel of rhythmic beats, industrial sounds, spaghetti Western guitar, lush synths and a vocal that flips between fragile and fierce.

Anna: Your creative output is huge – from music to illustrations, photography and directing your own music videos. What got you into that big field of creative art to begin with? And what makes the music one so special to you?

Jaguar Jonze: I wasn’t always that way – in fact, I used to be the complete opposite way. I NEVER dabbled in art, music, photography or film. I think I was just so suppressed for so long that once I stumbled across music and art, it all came spilling out. It helped me so much with being able to communicate and express when I couldn’t do it at all through words. Music is a special one for me because it facilitates dialogue with my subconscious. Through that I’ve been able to repair my relationship to the person that matters the most – me.

Anna: Before we talk about the EP, what were your musical
influences growing up? Do you have songs or artists that really changed how you make or
experience music?

Jaguar Jonze: I really loved artists such as Portishead, Jeff Buckley and Nick Cave. Growing up I had an eclectic mix of musical influences though, from pop, indie, rock, heavy metal, classical to folk and country.

“I wanted every single person to feel like they were heard.”

Anna: You released a cover of Britney Spears song Toxic, after you were credited to reigniting the Australian #MeToo movement. More than 400 people came forward after you calling out a photographer of sexual assault. How did you deal with that overwhelming response?

Jaguar Jonze: I really wanted every single person to feel like they were heard and that I held safe space for them to take refuge in. So to be honest, during that time, I hardly slept. I spent every minute of every day from morning to night, replying to each message and having conversations, talking with media to expose the problem and liaising with the police to hopefully find justice. It took me a long time to realise that I neglected myself throughout that entire period. I had to take some time to grieve, process and nurture myself so that I can also heal and receive the acknowledgment and recovery all victims and survivors deserve.

Anna: Did making the EP help you processing all of that?

Jaguar Jonze: Yes definitely. It was a world I was able to escape into. Creativity for me in general helps me process all of these complexities. It allows me to be the best self in my every day.

“It took me four years to find the courage to release it.”

Anna: Talking about the EP: The first release was the song DEADALIVE. It’s full of energetic and angry guitar riffs that make me think it came from a frustrating time in your life. What’s the background of that song?

Jaguar Jonze: I wrote DEADALIVE with my bassist Aidan Hogg when we were stuck in New York after the world deemed COVID-19 a pandemic. We were confused, anxious and had no idea what to do, what was happening and how to get home. I finished the song when I returned back to Australia with COVID-19. The second verse explores the same emotions except this time, it was more in terms of my health and recovery.

Anna: On this wide range of songs on this EP, which one was the one you enjoyed making the most?

Jaguar Jonze: ASTRONAUT is one that I am really proud of. It took 4 years for me to find the courage to release ASTRONAUT and find the right arrangement for it. It was the first time I had written about my anxiety and so it is a super personal song for me. But it was also the most difficult song to make as I really tested the song across so many different arrangements.

“Being of mixed-race, I have so many stories that haven’t been shared”

Anna: Falling a bit in love with both your music and you as an artist, I’m really interested in your plans for the future. Is there anything you’re excited for or maybe can tease a bit?

Jaguar Jonze: While I was under hospital care with COVID-19, I wrote a conceptual/abstract short film to tie all the songs together for the EP. All of the music videos were created as a piece to that. I can’t wait to share the short film after the EP is released. I’m currently working on the sound design for it. It’s nothing too crazy but just something I had in mind. I can’t believe this whole project is nearly at the end, one year later. And thank you so much for the love, I am so honoured to have your support!

Anna: With Untoldency, the last question always asks for an untold story. Something you haven’t shared in any interview before yet.

Jaguar Jonze: I was held at the Mexico/US border once as they thought my Australian passport was fake and that I was trying to immigrate into the US.. or they wanted to just take all my money. I was still a teenager, so it was really scary. When I finally made it through the border, it was already really late at night. My bus had left without me and I had to hitchhike to the train station to then beg them to give me a ticket so that I could finally get home. I don’t know why this was the story that came to my head . But being of mixed-race, I have so many stories like this that haven’t been shared! 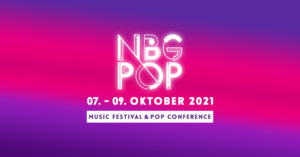 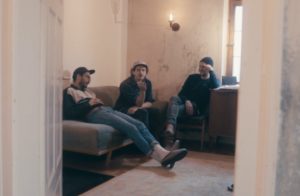 HOMESTORY – Mit A Tale Of Golden Keys in Nürnberg