Oscar Anton im Interview: »There are no rules, only feelings. That’s what I love most about music.«

Anna: Hey! How are you, how’s spring coming along in France?

Oscar: Hello Anna ! Thank you for having me ! 🙂 Well it’s nice to see the sun coming back. I’m someone who really needs to be in my underwear all day long to be truly happy. So I was waiting for this time of the year aha.

Anna: I discovered you last year and been following your musical journey ever since. But for those that don’t know who you are yet, do you want to introduce yourself and the music you’re making? 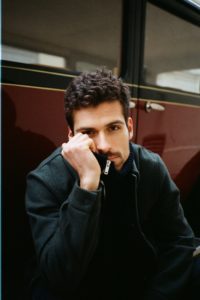 Oscar: Thanks! Yes, sure. So my name is Oscar, I’m 24 and I come from Paris, France. I make music since I’m a little kid and will probably do it till I’m very old. I write, record and produce all my songs myself, from my bedroom that I turned into a little studio. Last year, i set myself the challenge to release one pack (2 songs + a bonus) every month for a year, which has been soo hard to do but such a good experience. I just released the full playlist including every song from last year, plus a new one ophelie.

Anna: Growing up in France, what was your way into the music scene? When did you know that you wanted to do this for a living and what were your musical influences along the way?

Oscar: My parents were the first one who introduced me to music. When I was like 7 or 8, I was able to choose one record to listen to from their collection before going to school. That’s how I discovered The Police, Robbie Williams, Benny Benassi, … Then I got into a rock band, like every teenager, when I was 16 and played a lot of small gigs all around Paris. I played sooo many shows where the audience was only my mom, my girlfriend and the drunk guy at the bar ahah.

But yeah, the first time I actually realized I had to this for a living was seeing Colplday play live when I was 13. I felt so many emotions watching and listening to them, that in an instant it was very clear that I had to do this, too. One day I’ll tell them, one day 🙂

“I tried to identify: what was the music I loved the most?”

Oscar: The concept, beside releasing a lot of music, was really to keep growing artistically. I believe that it’s by doing that you learn the most: I wanted to try so many things, so many different genres. To write and write again and not be afraid of releasing something. I wanted to be as spontaneous as possible, and by doing that, try to identify what was the music I loved the most. So many times, in the music industry, artists need to wait a year and half before releasing the song they wrote. So then, when it’s out, it’s not even representative of the artist at that time. That’s such a weird thing for me.

Also, i was just getting out of my label contract. I had to deal with the label planning, artistic direction, promo, … I was not in control of my own project. That’s why I decided to step out to create my own label, and release my music how and whenever I wanted. Be as free as possible. So this Home of Sanity project was exactly that: just making and releasing my music freely, thinking only about making the best songs possible.

Anna: Since we can’t possibly talk about all 28 songs – can you chose three songs and tell us about the meaning behind them?

Oscar: Sure! So Down is the first song of the year and actually talks about this specific situation of feeling a little lost. When everything you’re doing is not working out and your head falls down. I wrote it right after deciding to go independent again. But it’s kind of a motivational song as it says «I can be lost but I won’t be down ..». Think it helped me actually.

nuits d’été is a song my sister wrote about someone that I won’t name cause I don’t know if I’m allowed ahah. But it talks about these feelings of falling for someone for the first time, during the summer time, and keeping that memories for the rest of your life. Love that song.

Sunny days is a song I wrote for one of my best-friend. He broke up with his girlfriend after a 5 year relationship, after realizing that she loved him only when everything was perfect. Whenever he was a little down she never supported him and I hated this. So I wrote « I loved you almost every day, but you loved me on the sunny days ».

“I think that me from 1 year ago would be very proud of the progress I made.”

Anna: For me, ophelie really stands out and has been my favorite song from the album since its release. This song is also special to you, why?

Oscar: Thank you! Yes, for sure, it’s the only song I wrote in 2021, after this whole year has passed. For me, it’s kind of a good resume of everything I went through that year. It kinda sums up all my influences, in one song. I’m so proud of it because it’s really where I wanted to go! I think that me from 1 year ago would be very proud to see that I came up with such a song, and the progress I made. Still have a lot to do but still, I love it.

Anna: Something that really surprised me (in a good way) was your latest feature for your song nuits d’été with MAJAN, a german rapper. How did that collab start and what, in your eyes, did it add to the song that wasn’t there before?

Oscar: It’s crazy, MAJAN is such an amazing artist. Since nuits d’été came out, I got to meet (mostly on zoom) a lot of other artists, from all around the world really. It was so cool to make those kind of connections, and discover new music! I heard he really liked the song and we thought it could be fun to make a little EP with some international version of nuits d’été, featuring different artists. His voice is so cool, he took the song somewhere we never expected, adding a powerful, impactful rhythm to it. My sister and I feel very lucky to have him on the track!

“I just recorded my favorite song ever on an Iphone.”

Anna: Telling from your Instagram, you are someone who loves discovering new music. Can you rec us some songs or artists that have inspired you lately?

Oscar: Yes, I love it!! I love sharing new music that I discovered and also getting advices on what to listen. So recently, I’ve really been inspired by an artist called ELIO or Light Year by Adam Melchor and Lennon Stella, or Miel by November Ultra, a really cool french artist. But feel free to join me on Instagram, I usually share a lot of new music here 🙂

Anna: With that, we’re already at the last question that we always use to ask for an untold story. Something you haven’t shared in an interview yet. That can be an anecdote about the album process, a fun fact about yourself, anything really.

Oscar: One of my favorite song of this year is «reflet» that I made with my little sister. We wanted to record the ukulele part but nothing was working. The microphones I had weren’t working, I couldn’t get a good sound. So I just hit record on my iphone while playing and used only the iphone recording in the final song. I love how a lot of people are telling you that you’re not going to get a proper sound if you don’t use this mic or this thing .. when I just recorded my favorite song ever on an iphone.

There’s absolutely no rules, only feelings. That’s what I love the most about music.

Thanks for having me, and see you soon ! 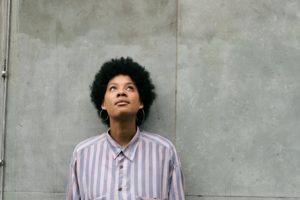 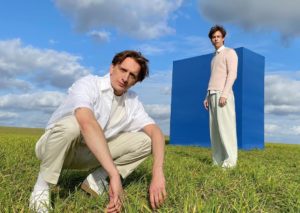 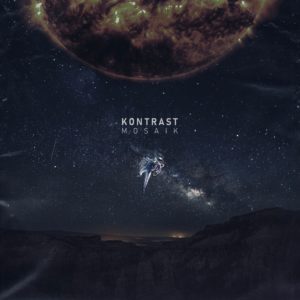